The company Kanteron, specialized in e-health, is installed in the Science Park attracted by its biotechnological hub 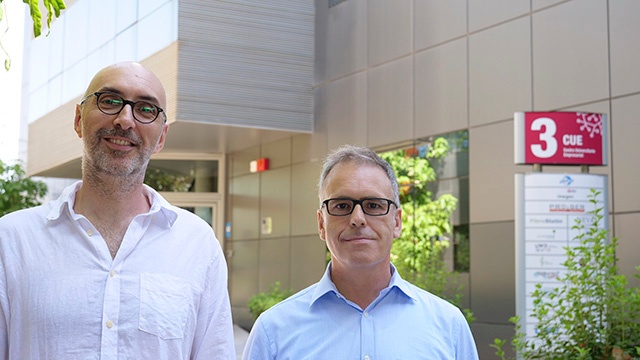 The Valencian company, expanded by 15 countries, "is the only one in the world that connects computer systems with medical information without having to replace them"

The Valencian Kanteron, biomedical-informatics company, has moved its headquarters to the University of Valencia Science Park attracted by its biotechnological hub. "Our technological offer has been extended to the field of Genomics and Pharmacogenomics, so we are interested in being close to the laboratories of companies and research institutes related to bioinformatics and biotechnology", explained its founder Jorge Cortell.

"We are the only company in the world that connects silos, systems with independent and isolated medical information. A patient generates a clinical history that is distributed by many different non-interconnected silos. This is really useful when the cases are complex and involve more than one specialist. Gathering all your information is a huge challenge and Kanteron has managed to flow from beginning to end between all those computer systems without having to replace them", stressed Cortell: "For example, with our platform the doctor scans an image of digital pathology that can weigh 14 gigas and it becomes a standard similar to that of a radiology image that can be accessed even from the mobile".

The company, founded in 2005, has three subsidiaries -the North American, the British and the Spanish- and a structure distributed in 6 countries, which are Spain, England, USA, Brazil, Colombia and Australia. "Counting on all three of us, we have a very fluid team, which grows considerably when we take on projects from health ministries. However, the core of Kanteron is a dozen people with broad interests and certain skills, not only in medical technology, but also in video games, robots and satellites, among others", explains Operations Director, Juan Tatay.

At present, it is present in 500 medical facilities in 15 countries, "to which we must add many open opportunities in the Asia-Pacific region. If we got all of them, we would be talking about a total of 60 countries", the two managers inform with caution. Among its clients are the National Health Service of the United Kingdom (NHS), the American College of Radiology of the USA and the ISSSTE of Mexico. Cortell refuses to talk about figures, but stresses that "last year we doubled the turnover and the forecasts for this are higher than double the turnover".

The company exports 99.5% of its novel software and has partnerships with Microsoft, Google and IBM. "We started by attacking the Spanish market, but it was faster to reach the foreign market. In some countries, particularly Spain, the obstacle is political. The acquisitions of computer systems are extremely conservative, especially because the regions are loyal to their suppliers. They have been with them for decades and that is not coincidence. Being a small company, we are opportunists and go where it is worth our effort", says Cortell.

Kanteron, who has self-financed so far, is "looking for capital injection that allows us to make the leap". In this regard, Cortell notes that "when you go from being an international to a global company in this sector, you can no longer self-finance. The cycle of sale of health technology is about 18 months on average. But when you reach maturity, demand increases considerably, great opportunities come out and you lack resources that you can not afford with your own sales. The phase shift is very large. That the search for capital requires selling the company is an option, but our idea is to obtain an investment that allows the company to reach its potential".

From medical imaging to genomics

Sensitized with the cure of cancer, since 2010-2011 its bioinformatics offer has been adding digital pathology, biosensors and now genomics and pharmacogenomics. "We are expanding domains as we incorporate technologies that allow it. Today our system includes the possibility of obtaining and monitoring the genetic information of a patient, so that the doctor can choose the drugs that best adapt to his or her sequence. It is what is called precision medicine".

Cortell, installed in London, works hand in hand with Juan Tatay (Valencia, 1967), first employee of the company and with an experience of more than 20 years in consulting and deployment of technologies. He will be responsible for managing the headquarters in the Science Park.