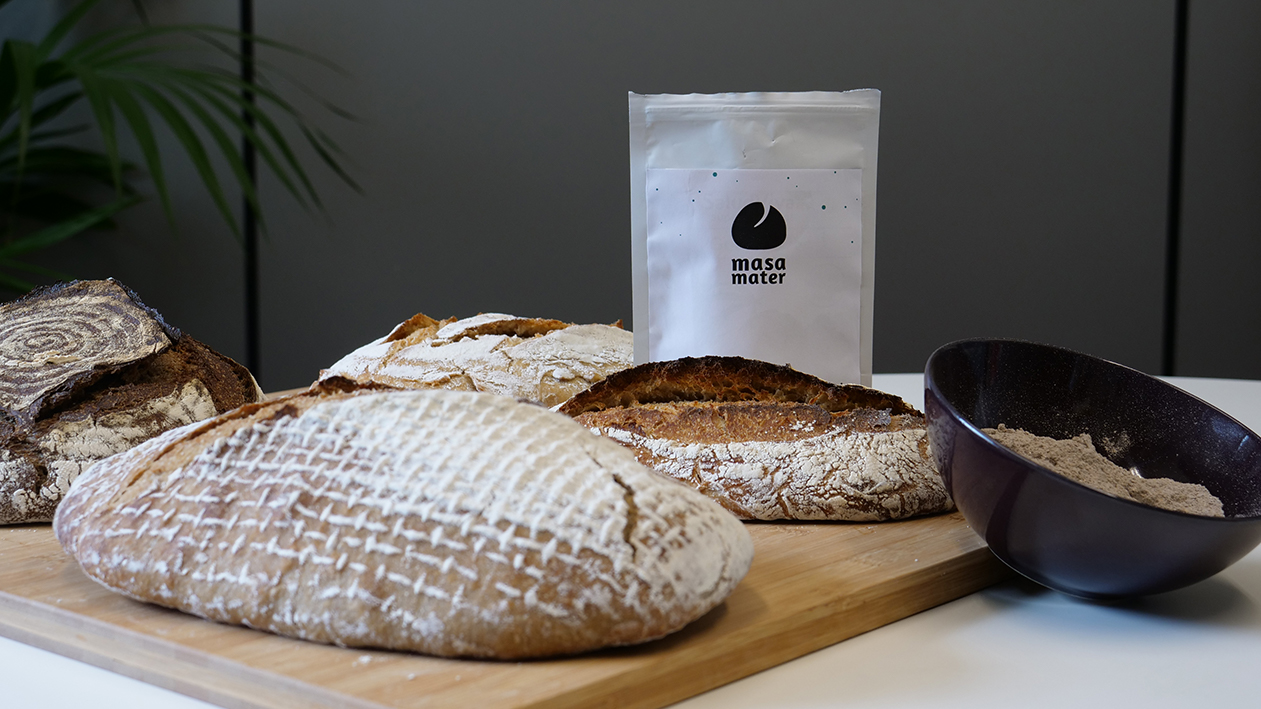 The product, created by the company specializing in bioprospecting of microorganisms, is a pioneer in the market and is available on Amazon

The company Darwin Bioprospecting Excellence, located in the University of Valencia Science Park (UVSP), has created a powdered sourdough that allows bread to be baked in just a few hours. "Masa Mater" is the name of this pioneering product with which quality bread can be made almost instantly, because it does not require the production and maintenance of an active sourdough for several days, nor does it require an industrial or pressed yeast that has to be refrigerated.

The procedure is much simpler and faster than creating one conventional sourdough; it only needs to be mixed with flour, water and salt, kneaded, left to rest (the number of hours necessary for the type of bread to be obtained) and put in the oven. In this way, Masa Mater- created from lactic acid bacteria and wild yeast - allows the production of bread with the quality and flavor of sourdough. Masa Mater Secale is the name of the product already on sale, the first of a range of sourdoughs that will grow in the coming months.

Manel Porcar, president of Darwin Bioprospecting Excellence, assures: "This is a product that did not exist until now and that has taken us some time to develop due to the technical complexity of combining the microorganisms that are here and that are responsible for making a bread from sourdough". The difference between Masa Mater and conventional sourdough is that "we avoid the problems of conserving sourdough in the refrigerator or the long waiting times for fermentation".

More detailed information about the product can be found at www.masamater.com, as well as the ways in which it can be purchased, although the president of Darwin states that "it will basically be distributed through Amazon".

The advantages of sourdough bread Founded by scientists from the University of Valencia and the CSIC, as well as by experts in the economic and industrial sectors, Darwin Bioprospecting Excellence is a specialist in bioprospecting, that is, in obtaining natural microorganisms for application in industrial or biomedical processes. It consists of a complete service from beginning to end, which includes from the collection of initial samples, through the culture, isolation and identification of strains of interest in the laboratory, to the large-scale production of the microorganisms selected for their outstanding biological activity.