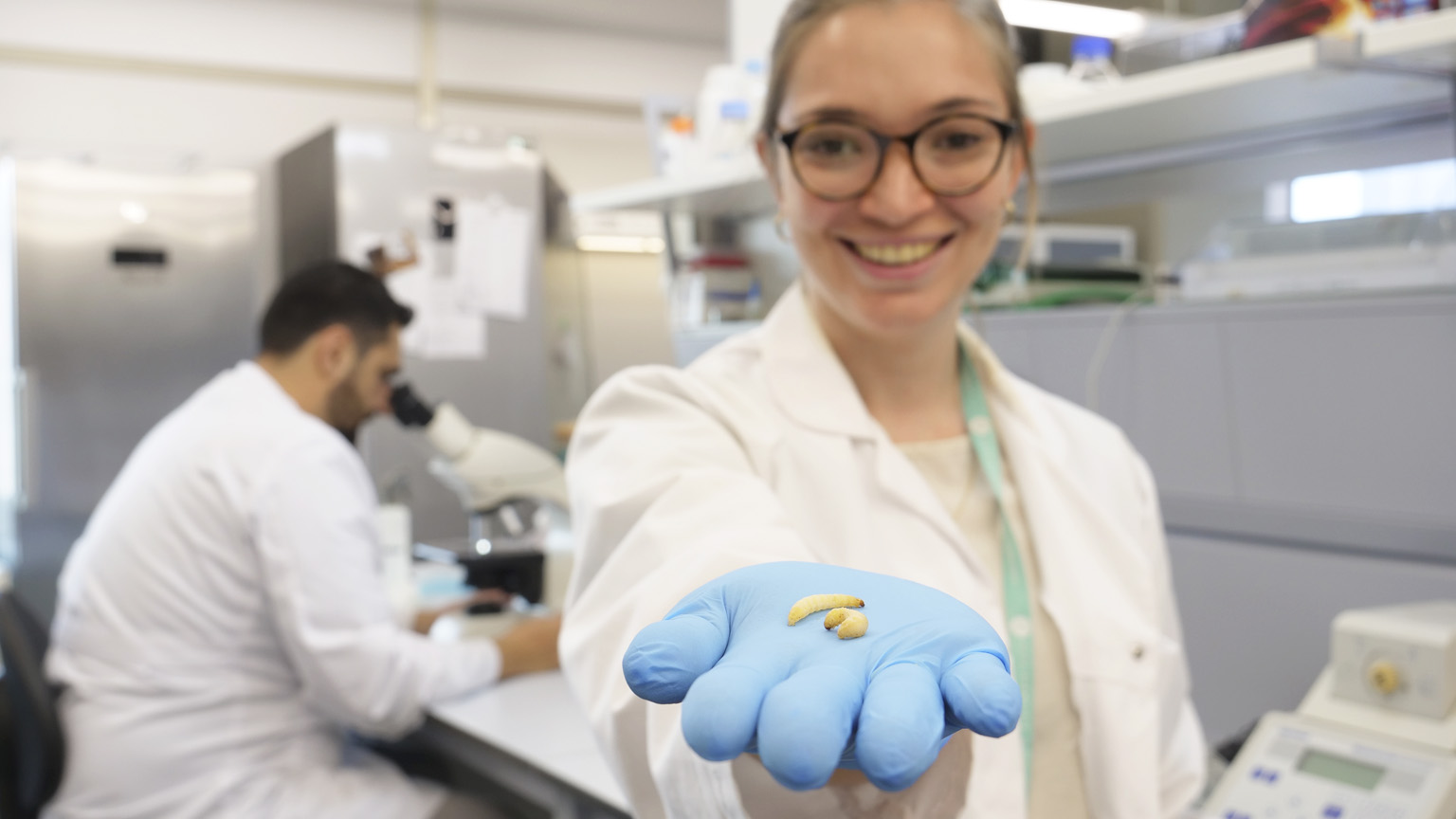 The larvae of the insect Galleria mellonella, popularly known as wax or honey worm, allows to be injected with exact doses of probiotics or bioactive compounds and its growth temperature is similar to that of the human intestine (37º).

The biotechnological company Darwin Bioprospecting Excellence, installed in the University of Valencia Science Park, will receive about 202,000 euros from the NEOTEC Program of the Center for Industrial Technological Development (CDTI) to carry out the implementation of the larvae of Galleria mellonella, better known as wax worm or honey worm, as a new model of in vivo screening for probiotics.

"The development of this experimental model will increase our ability to test microorganisms or bioactive compounds with beneficial effects on the health of humans or other animals, reducing the use of murine models, with all the implications that this entails," explains Kristie Tanner, coordinator of R & D projects of Darwin Bioprospecting Excellence.

The larva of this lepidopteran has some advantages for the screening of probiotics in comparison with other similar models, such as the nematode Caenorhabditis elegans or the fly Drosophila melanogaster. "First of all, it grows at 37 degrees, that is, at a temperature similar to the human physiological temperature and also at which probiotics grow. Second, the size it has, despite being small, is large enough to make histological-tissue-studies. And a third advantage would be the possibility of injecting an exact dose of a treatment; you can even give it an exact amount of food by mouth, " she argues.

The objective of the project presented to the CDTI by this Valencian company is to develop a model of oxidative stress and obesity in this organism: "We hope that in two years we have generated models of these two diseases to make them available to our customers, which are producers of probiotics ", advances the head of research and development in Darwin.

"In addition," adds Kristie Tanner, "we want to use these models to screen our collection of more than 600 strains of potentially probiotic microorganisms, which will allow us to select those with an interesting activity in these two models." The company also sets itself the goal of "doing some experiments to get mutants that have symptoms that can be extrapolated to other human diseases".

For some time now, theoretical studies have proposed Galleria mellonella as a new model of in vivo screening. "However, until now it is about studies of pathogenesis, that is, investigations that consist of infecting the larva and seeing how the pathogen affects it. We think that it is now an optimal point of the state of the art to design more complex models of this organism ", Tanner details.

Darwin Bioprospecting Excellence is one of the 94 Spanish companies that benefit from this program that promotes the Center for Industrial Technological Development (CDTI) to finance up to 550,000 euros for business projects that need the use of technology or knowledge from research activity and in those that the business strategy is based on the development of technology. Among these, there is another company from the Science Park, SiCtech Induction.