Viruses can evolve to benefit the host organism, according to an I2SysBio study 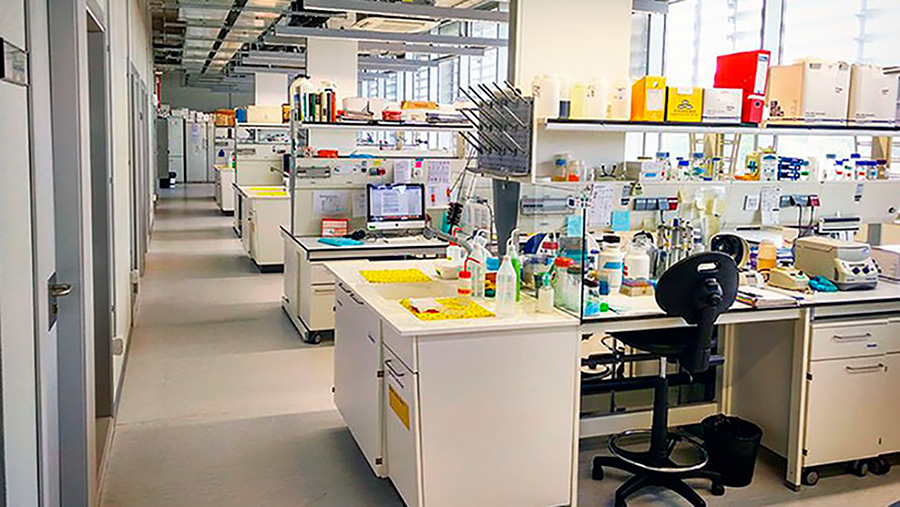 A research group from the Institute for Integrative Systems Biology (I2SysBio) confirms that a virus that affects a cruciferous plant reduces its virulence in drought conditions. It is the first time that it has been shown that the relationship between a virus and its host can evolve as a function of environmental conditions. The study is published in the journal PNAS.

A research team from the Institute for Integrative Systems Biology (I2SysBio), a joint centre of the University of Valencia and the Higher Council for Scientific Research (CSIC), has observed that a virus that affects a herbaceous plant of the cruciferous family it can evolve to reduce its virulence in its host organism. Researchers have observed that, under drought conditions for the plant, the virus evolves its genome in such a way that it is capable of altering the circadian clock of its host, thereby preventing it from losing water and promoting its survival by up to 25% more. It is the first time that natural selection can change the relationship between virus and host depending on the environment, a study published in the journal Proceedings of the National Academy of Sciences (PNAS).

The work has been carried out by inoculating a virus of the genus Potyvirus, the turnip mosaic virus (TuMV, for its acronym in English), in Arabidopsis thaliana, a herbaceous plant of the cruciferous family (such as broccoli or cauliflower) widely used as a study model. The research team studied the evolution of the virus in plants under normal conditions and in a drought situation by characterising the changes (mutations) that occurred in their genes. In the viruses evolved in plants with drought, they observed that the mutations were concentrated in the VPg protein, which plays a determining role in the relationship of the virus with its host.

“Under normal conditions, the virus shows its classic vision as a pathogen, by killing watered plants. However, the infected plants that were subjected to conditions of stress due to drought remained alive”, explains Santiago Elena Fito, CSIC research professor at I2SysBio and lead author of the study. For their part, plants infected with the drought-evolved virus showed a series of changes in genes associated with their circadian clock, the system that controls biological processes in plants such as their response to lack of water.

Later, they used variants of the virus evolved in plants subjected to drought to infect healthy individuals and others under water stress. By comparing the two, the research team found that genetic changes were more pronounced in individuals with drought. “The variants of the virus that evolved under normal irrigated conditions continue to kill the plant, while those that evolved in plants with drought do not, even when they are inoculated into healthy and well-irrigated plants”, says Santiago Elena. This suggests that plant-adapted viruses under drought conditions cause changes in the transcription of their host’s genes that may be beneficial.

According to the study, plants infected with the virus evolved in drought conditions are 25% more likely to survive situations of water stress. This reveals that, under environmental stresses, a virus can be made to evolve from a parasitic to a mutualistic relationship, where the host also has benefits (the benefit of the virus is to ensure its transmission). “It is the first time that it has been shown that a virus can be attenuated and obtain benefits for its host”, summarises the CSIC researcher. The door is opened to using modified viruses to achieve plants more resistant to drought.

The research team, where the Department of Biochemistry and Molecular Biology of the University of Valencia and the Department of Agricultural Sciences and the Natural Environment of the Jaume I University of Castellón have also participated, now wants to continue this study with an animal model using the nematode Caenorhabditis elegans to verify these changes in the relationship between virus and host observed in plants. We also want to check if the variants of the mutualistic viruses do not revert to their most virulent form, or if these changes affect the properties of the plants from the point of view of consumption.