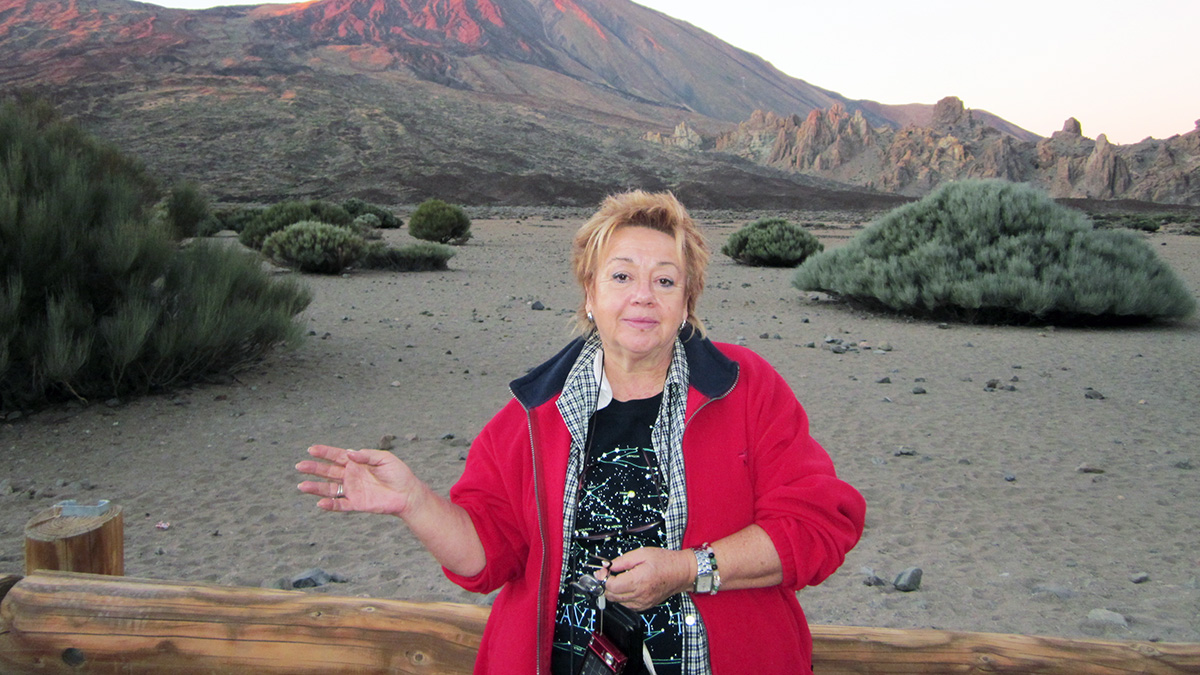 The International Symbiosis Society and the Springer publishing house have just dedicated a full issue of their journal Symbiosis to lichens, in homage to the professor of Botany at the University of Valencia Eva Barreno. It is a festschriift that compiles original research to celebrate the 70th anniversary of this scientist who is internationally recognised for her important contributions to the study of lichen symbioses and conservation biology.

Symbiosis is oriented to the publication of works that contribute to the understanding of the interactions in a wide range of symbiotic associations at the molecular, cellular and organic levels. This is the first time that the magazine has devoted an entire volume to lichens, covering very different aspects of the symbiosis of these organisms.

The traditional view of lichens as symbiotic phenotypes has expanded in recent years, manifesting an unexpected complexity and diversity in their thalli or microbiomes. And to this has contributed the enormous and fruitful contribution of Eva Barreno, who, throughout her professional career – started in the early 1970s and still in full force – has managed to position herself at the top of international research in her field. This is recognised by Springer – one of the largest publishers of high impact scientific books and journals – and by the International Symbiosis Society which, with the recent publication of this Symbiosis issue dedicated to Lichenology – the main focus of attention of Barreno – celebrates the 70th anniversary of the scientist.

The monograph opens with a tribute to the research and academic career of Eva Barreno, followed by a total of twelve scientific contributions that address from traditional approaches to the study of the diversity of lichens and their physiology to the most modern sequencing techniques for the species recognition, among many other issues. A whole compendium of original articles that value this branch of Botany with enormous pharmacological and industrial potential, and whose protagonists – lichens – also have a great capacity to act as bioindicators of atmospheric and environmental pollution.

Her research career is complex since she has approached the studies from a multidisciplinary perspective: ecological, taxonomic, physiological, molecular and genomic in order to obtain integrative results, so that lichen thallus can be interpreted as microecosystems much more complex than, until recently, they were considered. Also of their use as bioindicators of atmospheric pollution and alterations of natural ecosystems. In addition, for 12 years he tested the ozone tolerance of various Valencian crops using Open Sky Chambers (OTC), whose results are being among the most cited internationally.

It has to its credit milestones such as the discovery that a single thallus of Ramalina farinacea can host up to 27 species of microalgae, among which the Trebouxiasp.TR9 and Trebouxia jamesii species predominate – two species with different tolerance limits to certain environmental changes – as well as the sequencing of the genomes of Trebouxia sp.TR9, among others. She has also demonstrated the metabolic effects in algae of prolonged in vitro exposure to high salt concentrations, results that suggest that symbiotic microalgae may have developed effective alternative molecular pathways to cope with saline environments. In this sense, he has published a score of pioneering papers.

She has supervised 16 doctoral theses and is the author of more than 250 works in journals of international impact, such as Plant Science, among others. In the field of Lichenology, Barreno has a citation rate that corresponds to an H index of 35, which places her at the top of the international community of Lichenology. She has obtained funding for 48 national, regional and international projects of excellence and has obtained public and private grants to direct 17 development and transfer projects derived from her research. She collaborates with the Arizona State University in the elaboration of a flora of lichens of the Sonoran Desert (USA and Mexico) and has been the academic coordinator of the UNESCO Chair of Development Studies, of the University of Valencia.

“Apart from the immense satisfaction that this tribute gives me, the fact that Symbiosis dedicates a volume to lichens for the first time is very important, since they provide valuable systems for studying symbiotic alterations of all kinds, their evolution and the holobionts generated. As my admired Lynn Margulis said, life is symbiotic. Furthermore, much remains to be learned about the protection and conservation of these organisms and about their rapid bioindication of environmental alterations in ecosystems”, says Barreno. “The study of genomic processes, functions and interactions between symbionts is really complex and essential due to its contribution to the biogeochemical cycles of both forest systems and rocky outcrops and soils. The set of works that appear published in this monographic issue are innovative in the field of Lichenology”, she concludes.

On this occasion, the magazine will remain open to the public in its digital edition until next December 31. You can click the link at the end of the news and access the complete list of their publications in databases such as.