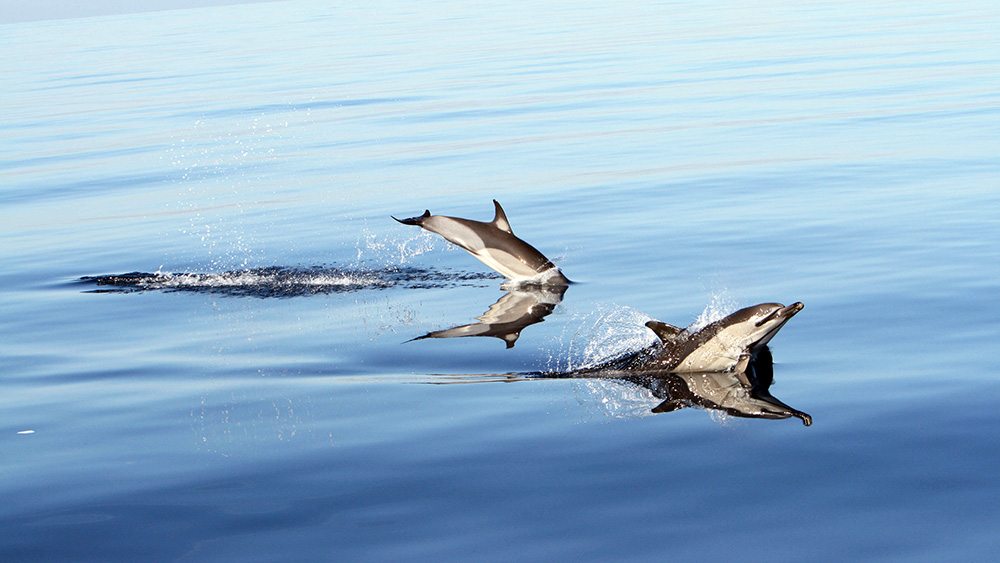 A project of the Marine Zoology Unit of the Cavanilles Institute of the University of Valencia will form the basis for the management strategy of the Mediterranean Cetacean Migration Corridor. With the support of the Biodiversity Foundation (MITECO), the study will analyse the distribution and abundance of populations in the south of the protected area and evaluate the main threats.

In the Mediterranean there are 22 species of cetaceans, eight of which have regular populations: the common whale, the sperm whale, the long-finned pilot whale, Risso’s dolphin, Cuvier’s beaked whale, the killer whale, the bottlenose dolphin, the common dolphin and stripped dolphin. These species are commonly present in the waters included by the Mediterranean Cetacean Migration Corridor, included in the list of Specially Protected Areas of Importance to the Mediterranean (ZEPIM), within the framework of the Barcelona Convention of 2019.

In order to provide scientific evidence for the management plans of this ZEPIM, the University of Valencia, from the Marine Zoology Unit of the Cavanilles Institute for Biodiversity and Evolutionary Biology (ICBiBe) and in collaboration with the University of Exeter (UK) has launched the ‘Assessment and major threats to cetacean populations in the southern Mediterranean Cetacean Migration Corridor’ project. In addition to investigating the distribution and abundance of these populations, the study will evaluate anthropogenic and anthropic threats, such as sea traffic or fishery interaction; it will review the statistics, obtain its own data and publish its results both in the scientific community and in the autonomous, state and international organisms in charge of the conservation of the marine environment.

In the Marine Zoology Unit, the study of cetacean species in Spanish waters of the Mediterranean dates from the end of the 1980’s and begins with the development of the project for Identification of the Areas of Special Interest for the Conservation of Cetaceans in the Spanish Mediterranean, in a collaboration between the University of Valencia, the University of Barcelona and the Autonomous University of Madrid for the Ministry of the Environment. The results allowed us to analyse the different types of protection to propose a series of protected marine areas.

Thanks to this study, the Cavanilles team has been collecting data on distribution patterns and abundance estimates of two of the species protected by Council Directive 92/43/EEC of May 21, 1992 on the conservation of natural habitats and wildlife: the loggerhead turtle and the bottlenose dolphin, as well as other species of cetaceans. The combined analysis of abundance, distribution, and threats to all of these protected species culminated in a number of conservation proposals. These included the proposal for the creation of the “Mediterranean Cetacean Migration Corridor”, which in 2019 was awarded the category of ZEPIM. This entails the responsibility of drawing up Management Plans for the three years following their inclusion in the List, with which the project will be completed in 2021 for the elaboration of this plan by the Ministry.

The declaration of the “Mediterranean Cetacean Migration Corridor” as a new Protected Marine Area has had a great social impact, as it has been a milestone for Spain in terms of marine protection. With this statement, Spain has exceeded the target of 10% of protected seawater, set by the United Nations Convention on Biological Diversity by 2020, and is now approaching 13%. The cetacean corridor is a continuous strip of seawater, measuring 46,385 km² and 85 km wide, running between the Catalan and Valencian coast and the Balearic archipelago, a marine space of vital importance for survival of cetaceans in the western Mediterranean.

The project is supported by the Ministry for Ecological Transition and the Demographic Challenge, through the Biodiversity Foundation.