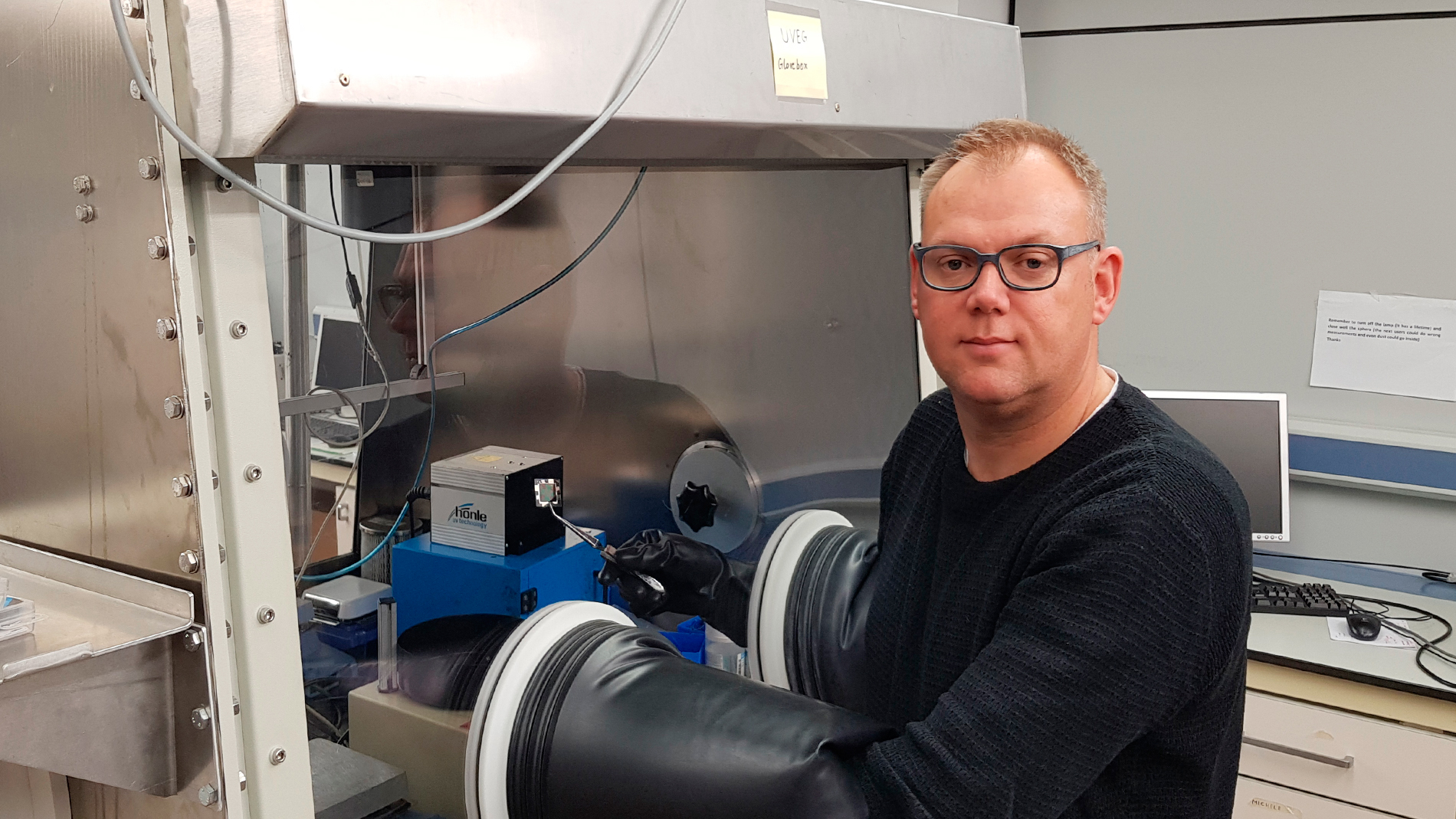 The researcher Hendrik Bolink, from the Molecular Science Institute (ICMol) of the Universitat de València, just obtained financial support from- the Advanced Grant del European Research Council (ERC), a very well provided institution by the European Council for projects in the limit of knowledge leaded by senior researchers. The grant will be used for the development of efficient optoelectronic devices of thin coating.

Light-emitting diodes, solar cells, lasers which use perovskite of metal halide lamps- a type of semiconductor easily indictable- will be some of the developments that will see the light in the project framework ‘Hetero-structures for Efficient Luminescent Devices’ which is directed by the scientific of the Universitat de València Hnedrik Bolink and who has been recognised by the European Council of Research with the Advanced Grant amounting to 2.5 million euros. Among other aspects, the work can be distinguished for conducting a monitoring in real time of the formation of semiconductor layers for its subsequent integration in optoelectronic devices.

This is the second Advanced Grant that the Molecular Science Institute receives, a centre recognised as Excellent Unit María de Maeztu that counts with 8 economical supports in different modalities -3 Consolidator, 3 Starting and 1 Advanced. In this call, this has been the only grant of these characteristics that has arrived to the Valencian Community as well as in the field of Physic Science as in the Engineering field, where the project Bolink belongs.

Bolink made his PhD in Science of Materials in the University of Groningen (Netherlands) in 1997, and he was incorporated to ICMol in 2003, in the Science and Technology Park of the Universitat de València. After having been working for the chemistry multinational of Chemistry and Electronics DSM and Philips, Hendrik Bolink focused his research in the development of molecular optoelectronic devices. His group research, integrated by 20 people, works in the study and development of half inorganic and organic materials, the complex metals of transition and perovskites, and its integration in LEDs and solar cells. He has published around 250 articles that have been quoted more than 13.000 times. He collaborates with world’s leading companies like Osram, Oxford PV, Novaled and Airbus Defense and Space. He is the creator of 14 patents, most of them international, and has participated as a coordinator in more than 14 projects supported by the EU.

The support programme Advanced Grant has as objective to boost research projects in the limits of knowledge of any theme, leaded by senior researchers of any country in the world with at least 10 years of experience that are developing their work in one of the Member States of the European Union or in one of the associated countries. The grants of the ERC enables excellent scientists to execute their best ideas and also to generate employment opportunities through the recruitment of researchers by the scientific group benefited with this grant.