IFIC brings to theater the life of Lise Meitner, a pioneer of nuclear physics forgotten by the Nobel committee 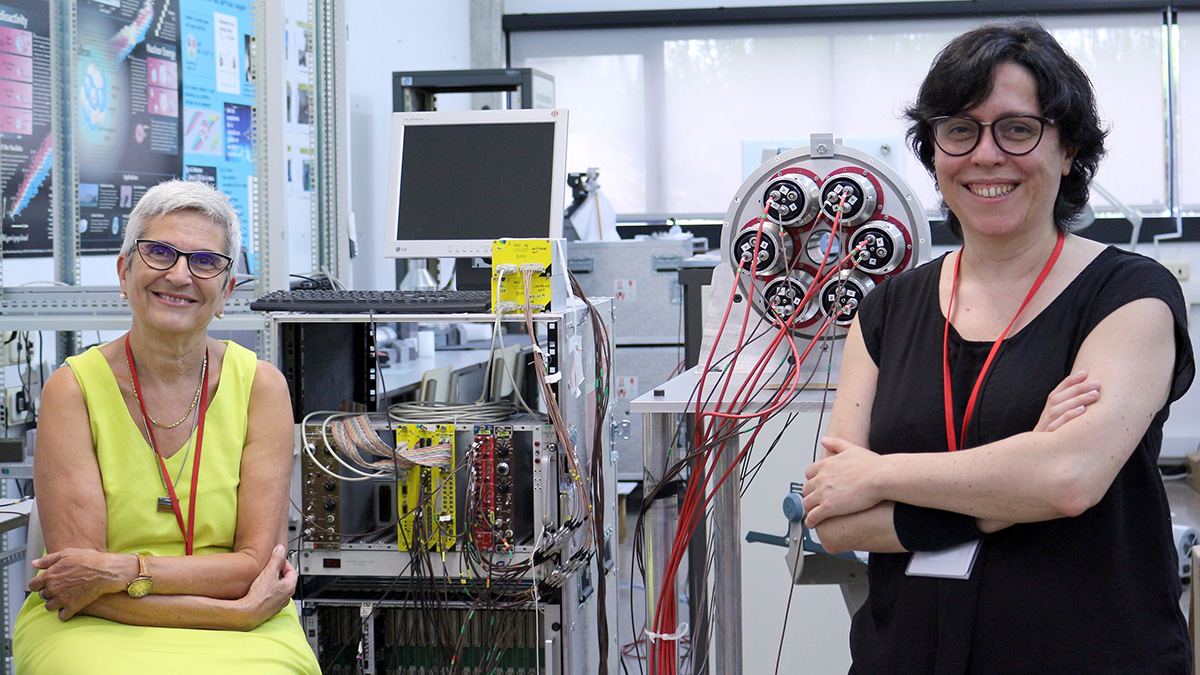 Proyecto Meitner. Recordando a Lise Meitner (‘Meitner project. Remembering Lise Meitner’) is the title of the work that researchers from the Institute of Corpuscular Physics (IFIC) and the CRIT Companyia de Teatre will stage at the Teatre Rialto in València, starting in March 2021, with the sponsorship of the Valencian Institute of Culture. Six functions are planned that will be accompanied by numerous activities aimed at the scientific and university community, secondary school teachers and students, people with hearing disabilities and the general public.

The project of the Institute of Corpuscular Physics, which is based on the Austrian scientist to highlight the role of women in science, has the collaboration of the Spanish Foundation for Science and Technology - Ministry of Science and Innovation.

The history of science, like any other history, is fraught with injustice, but Lise Meitner’s is one of the most blatant. Her work contributed decisively to the discovery of nuclear fission, the process on which the obtaining of nuclear energy is based. However, she suffered double discrimination, because of her womanhood and because of her Jewish origins, which prevented her from winning the Nobel Prize. As a tribute to Meitner, the Institute of Corpuscular Physics (IFIC), a mixed centre of the University of Valencia and the CSIC, adapts a play about her life to take it to the Spanish public with a wide program of activities that highlight the role of women in nuclear physics and scientific research.

The IFIC project has the collaboration of the Spanish Foundation for Science and Technology (FECYT) - Ministry of Science and Innovation through the call for grants for the promotion of scientific, technological and innovation culture, by the promotion of scientific vocations and the variety and innovation of the planned activities. It consists of the adaptation of the play Remembering Miss Meitner, written by the Professor of History of Science at the University of Oslo and playwright Robert Marc Friedman.

The play premiered in 2002 at the 6th Gothenburg International Science Festival (Sweden), with such public success that it was performed for seven seasons in the Swedish city theatre. Paradoxically, the Nobel Museum in Stockholm also represented her and took her to universities and institutes in the country. Since then, the play has been adapted for performance in Norway, Germany, Italy, and the United States, where it has reached some 10,000 people.

Proyecto Meitner. Recordando a Lise Meitner (‘Meitner project. Remembering Lise Meitner’) is the title with which the IFIC will bring this play to the stage. Starting in March 2021, researchers from the Institute of Corpuscular Physics and professionals from CRIT Companyia de Teatre, with the sponsorship of the Valencian Institute of Culture, will stage the play at the Teatre Rialto in the Valencian capital, where there are 6 planned functions. The performance will be accompanied by numerous activities aimed at various audiences: the scientific and university community, secondary school teachers and students, people with hearing disabilities and the general public.

“The play has great educational potential”, highlights Anabel Morales López, IFIC researcher who leads the project. “With it we want to make visible the presence of women in nuclear and particle physics, starting with the IFIC researchers themselves. We also want to promote scientific vocations among high school students.” The project includes various representations for institutes, along with a series of associated teaching materials on the life of Lise Meitner, her work in nuclear physics and on the scientific discipline itself.

“Not giving the Nobel to Meitner was a historic mistake that has taken years to try to repair. This work and this project is a way of trying”, sums up Berta Rubio Barroso, deputy director of IFIC and promoter of the project. She attended the first performance of the play and contacted the author to access the original text. In her dissemination conferences, Lise Meitner is often highlighted as an example of discrimination in science due to her condition as a woman, to which her Jewish origins were added in the middle of Nazi Germany. It was her colleague, chemist Otto Hahn, who signed the papers that would earn him the Nobel for the discovery of nuclear fission.

Conference on women and science for the premiere

Before the premiere of the play, there will be a conference on women and science, Nuclear and Particle Physics: Past, Present and Future, which will be attended by the author of the work. A post-performance round table will also be held to discuss with the public, in a closer context, the role of women in science and the impact of nuclear physics on society.

In addition, the IFIC and the CRIT theatre company contemplate the production of an introductory video to the work on the figure of Meitner and other researchers in nuclear and particle physics (also those of the Valencian research centre itself); diverse educational material (which includes a video by youtuber Elena Denia on the formation of chemical elements); a website and profiles on social networks to disseminate information on the theatre, the conferences and other outreach activities. Subsequently, a study will be carried out on the impact of the work based on the opinion of the attending public.

Illustration about Lise Meitner made for the project by Elena Resko