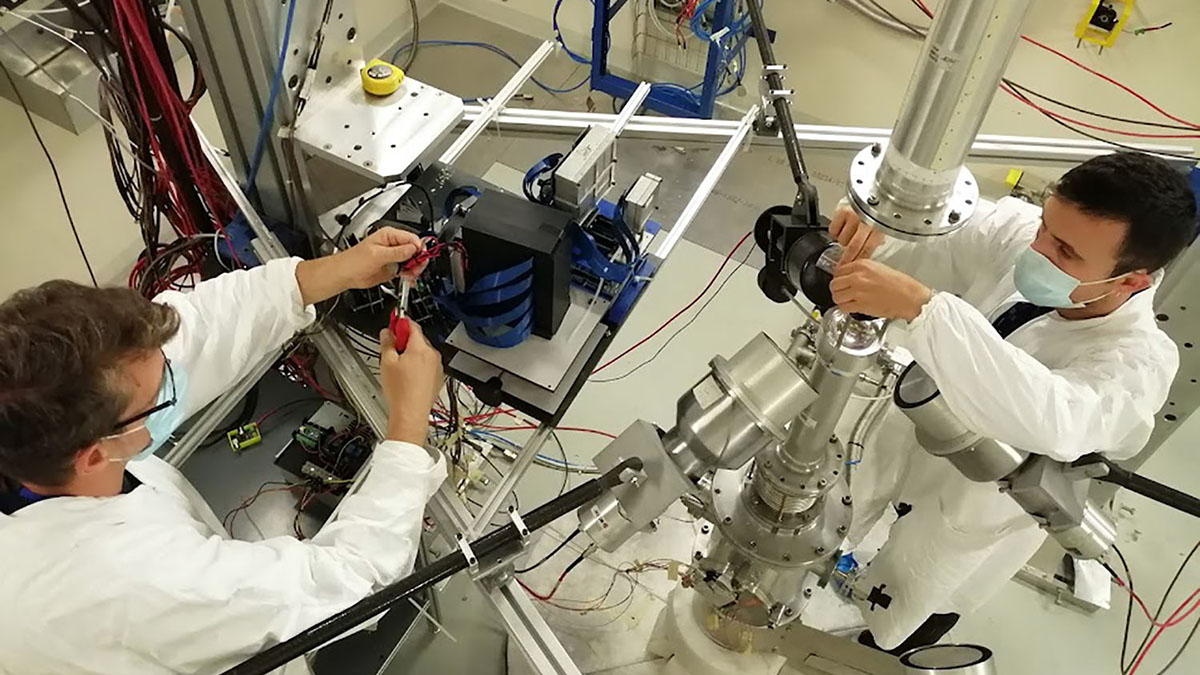 Researchers from the Corpuscular Physics Institute (IFIC, CSIC-UV) patent a device capable of simultaneously detecting and displaying gamma radiation and neutrons, and in a wide energy spectrum. Both radiations are essential to detect hidden nuclear products or to minimise the side effects of a novel cancer therapy, hadrontherapy.

A group of researchers from the Institute of Corpuscular Physics (IFIC), a joint centre of the University of Valencia and the Spanish National Research Council (CSIC), has patented a compact and portable device capable of simultaneously monitoring gamma radiation and neutrons produced in radioactive processes and nuclear reactions. This detector also makes it possible to measure these radiations with a wide range of energy and visualise them spatially, which can give rise to multiple applications: from the detection of radioactive materials in nuclear safety programs to mitigating the side effects of hadron therapy, a novel way to treat cancer.

The development of this detector arises from a basic research project funded by the European Research Council (ERC) to the IFIC researcher César Domingo Pardo through the Consolidator Grant program. The HYMNS project tries to reproduce in the laboratory the nuclear reactions that occur inside stars, and thus study the formation of elements heavier than iron in the Universe. In these processes, photons are produced, the particles that make up light, in the form of gamma radiation, and also neutrons, one of the components of the atom’s nucleus along with protons.

“To reduce this neutron radiation and better study the nuclear processes that occur inside stars, we have developed a series of advanced measurement techniques and instruments capable of minimising this neutron background”, explains César Domingo, who is leading the experiment. “We quickly realised that these techniques could have applications in the field of nuclear security, port surveillance and even in medical cancer therapies such as hadrontherapy”, he continues.

The device consists of a special collimator enriched with a lithium isotope that allows the absorption of neutrons and prevents the background radiation produced by the collimator itself. “By using this collimator in the foreground, a pinhole camera is formed that allows an image of neutron radiation to be made with great precision and detection efficiency while simultaneously allowing gamma imaging techniques to be applied”, the researcher describes.

On the other hand, gamma radiation is visualised using electronic collimation with two detection planes: in the first, the gamma ray is scattered, and in the second it is completely absorbed. “By uniting the energy and spatial information from both planes, we are able to reconstruct the spatial origin of this gamma radiation”, reveals Jorge Lerendegui, a CSIC researcher participating in this project.

Among the main applications of this device is nuclear safety. “The detector would make it possible to identify sources of nuclear radiation where there may be hidden uranium or plutonium, which emit these two types of radiation”, says Lerendegui. In addition to detecting gamma and neutron radiation at the same time, the device developed at the IFIC is more compact and lightweight, “and makes a difference with other older, bulkier devices, which implies greater portability and increases the range of applications of this new system”, points out César Domingo.

The researchers place another of the possible applications of this device in hadron therapy. This type of therapy uses protons to treat certain types of very localised tumours. The advantage over conventional radiotherapy, which uses photons, is that hadrontherapy mainly affects the tumour and minimises damage to surrounding healthy tissues.

In the path of the protons towards the tumour, gamma rays are produced, “which can be analysed with this device to know with great precision their trajectory and if they really deposit most of their energy in the tumour”, according to Jorge Lerendegui. “On the other hand, neutrons are also produced, which represent the main source of secondary dose in this type of therapy. Therefore, monitoring both types of radiation would represent a significant advance in this field”, he concludes.