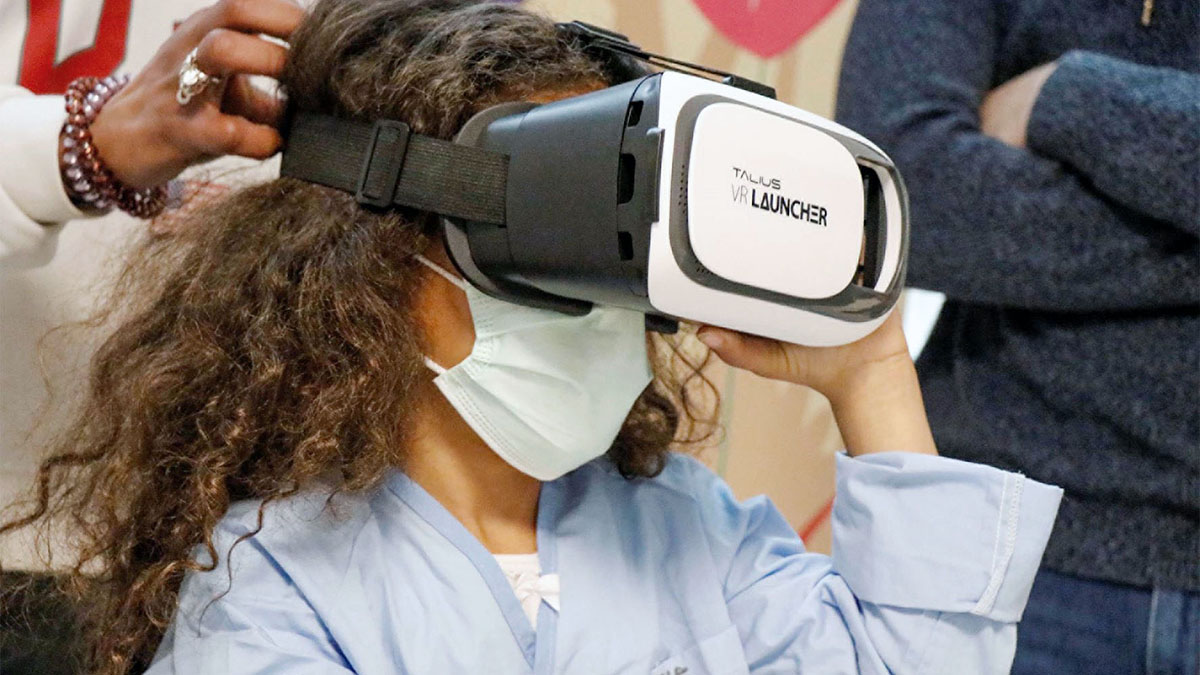 The Institute on Robotics and Information and Communications Technologies (IRTIC), and the School of Engineering (ETSE), with the collaboration of the Department of Palaeontology, have developed a virtual and augmented reality application that provides La Fe Hospital of Valencia an advanced tool to show the youngest patients the thousands of fossils embedded within the walls of the medical centre.

The ARTEC group of the Institute of Robotics and Information and Communication Technologies (IRTIC) has collaborated in the development, together with students of the Multimedia Degree of the Higher Technical School of Engineering (ETSE-UV) and the Department of Palaeontology of the University of Valencia (UV), of the route for paediatric patients organized at the La Fe University and Polytechnic Hospital on the thousands of fossils that are embedded within its walls. It is a series of marine fossils from Egypt, with more than 50 million years of history, whose therapeutic and informative potential has deserved this initiative.

The team has designed an augmented reality (AR) and virtual reality (VR) application that allows access to information sheets on the fossilised remains, as well as working on VR glasses to see them in 3D.

Next to the real fossils embedded in the stone of the children’s corridor on the second floor, some posters have been placed with images that work in a similar way to a QR code, allowing access to information about prehistoric remains through a mobile app. The marine environment where they lived, later converted into the current Mediterranean Sea, is also shown. Likewise, virtual reality glasses have been planned in which fossils can be seen in 3D and in movement within their habitat. The application also offers a quiz game in order to serve as an educational tool. The activity also allows you to access and download its content from the mobile application, so that the fun and educational experience of the route can be enjoyed from anywhere.