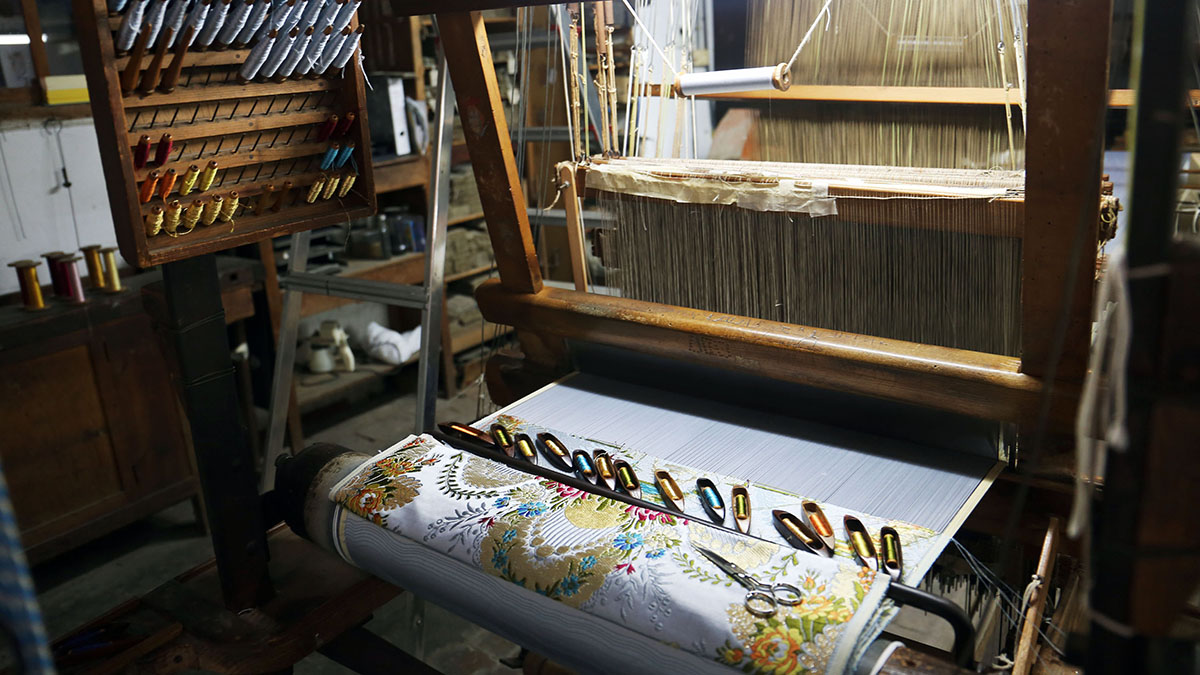 The Institute of Robotics and Information and Communication Technologies (IRTIC) and the Department of Art History of the University of Valencia have launched a digital repository that gives access to 40,000 entries on objects, techniques, materials and other Silk Road-related elements. It is called ADASilk and is consolidated within the framework of the SILKNOW project (H2020).

Although the Silk Road is often associated with its Asian origins, its European ramifications were fundamental for the construction of today’s Europe. The numerous commercial exchanges derived from these routes left an incalculable legacy, where memory, identity, creativity and knowledge converge; and tradition and crafts still survive. This heritage mainly related to textile pieces is seriously threatened by the closure of many industries, by the loss of oral memory and by the imminent disappearance of those who know traditional techniques.

Financed with European funds, SILKNOW is a technological project aimed at preserving, understanding and disseminating this European silk heritage treasured throughout the fifteenth to nineteenth centuries. The work was launched in 2018 by an international and interdisciplinary consortium, made up of nine partners from six countries – Germany, Slovenia, Spain, France, Italy and Poland – and coordinated by the University of Valencia from the Institute of Robotics and Technologies of Information and Communication (IRTIC) in collaboration with the Department of Art History of the same academic institution.

Now, after three years of research and dissemination activities, the project concludes with the presentation of ADASilk, a digital repository in the form of a semantic web that, through an exploratory search engine accompanied by a system of space-time maps, gives access to close than 40,000 entries related to objects, techniques, materials and decorative motifs linked to the world of silk. “At SILKNOW we have opted for interdisciplinary work from the very conception of the project. This has allowed obtaining results that combine technology and tradition, innovating both from the ICT area and from the Social Sciences and Humanities”, comments Cristina Portalés, researcher in the ARTEC group of IRTIC and one of the PI (principal investigator) of the draft.

SILKNOW includes the multilingual Thesaurus, a glossary that collects more than 800 words related to the world of silk and from both academic and historical sources as well as those rescued from oral tradition, and a virtual loom that allows to recover the part of intangible heritage that represent the different techniques for making silk. Both tools will support museums and the creative industry in enhancing and transmitting the importance of this cultural heritage in Europe.

The participation of the University of Valencia has focused on the contribution to the development of the Thesaurus, on the one hand, and on the creation of space-time maps and the virtual loom, on the other. “The maps are designed in such a way that they allow access to ADASilk records in a visual and highly interactive way, allowing unique patterns and elements to be found thanks to the combination of filters, synthesis and graphic elements”, explains Portalés. The virtual loom is capable of weaving with up to six historical weaving techniques, such as damask or herringbone, and allows the creation of new designs applied to sustainable and recycled materials in 3D printing, with a flexible texture similar to natural fibre.

“It was necessary to create a thesaurus that would normalise the vocabulary of silk and rescue its historical and regional terms. The controlled vocabularies are necessary for the correct cataloguing of a cultural asset and for the recognition of its existence, its value, its importance”, comments Ester Alba, professor of the Department of Art History and also PI of the project. “By doing it in a multilingual way – in Spanish, French, Italian and English – we have adopted an inclusive, multicultural stance associated with the local cultural heritage that we were sure about from the beginning. We do not rule out the extension to other languages”, she adds.

“Participation in the project has allowed us to consolidate our line of research within the digital cultural heritage by preparing two doctoral theses associated with the project”, explains Marcos Fernández, head of the ARTEC group and coordinator of SILKNOW. “Although we have focused on the development of the virtual loom and space-time maps, from the ARTEC group we have monitored the development and collaborated on other technological results of the project, such as the semantic web.”

SILKNOW is an initiative committed to the protection of the silk cultural heritage as a catalyst for social cohesion, sustainable development, creativity, design and technology.

“SILKNOW. Silk heritage in the Knowledge Society: from punched cards to big data, deep learning and visual / tangible simulations” is a work funded by the Horizon2020-EU.3.6.3.1 programme. In addition to the University of Valencia, the Center National de la Recherche Scientifique (CNRS)-Lyon2, the Università Degli Studi di Palermo, the GARIN 1820 artisan silk, the Institut Jožef Stefan of Slovenia, the Gottfried Wilhelm Leibniz Universität Hannover of Germany, the Monkeyfab company, EURECOM and the Instituto Cervantes have participated in the project. 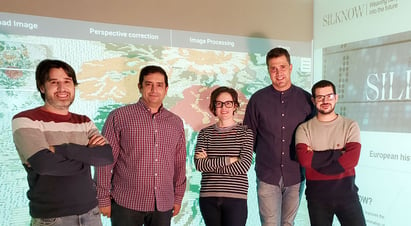 The ARTEC (IRTIC) team in the project