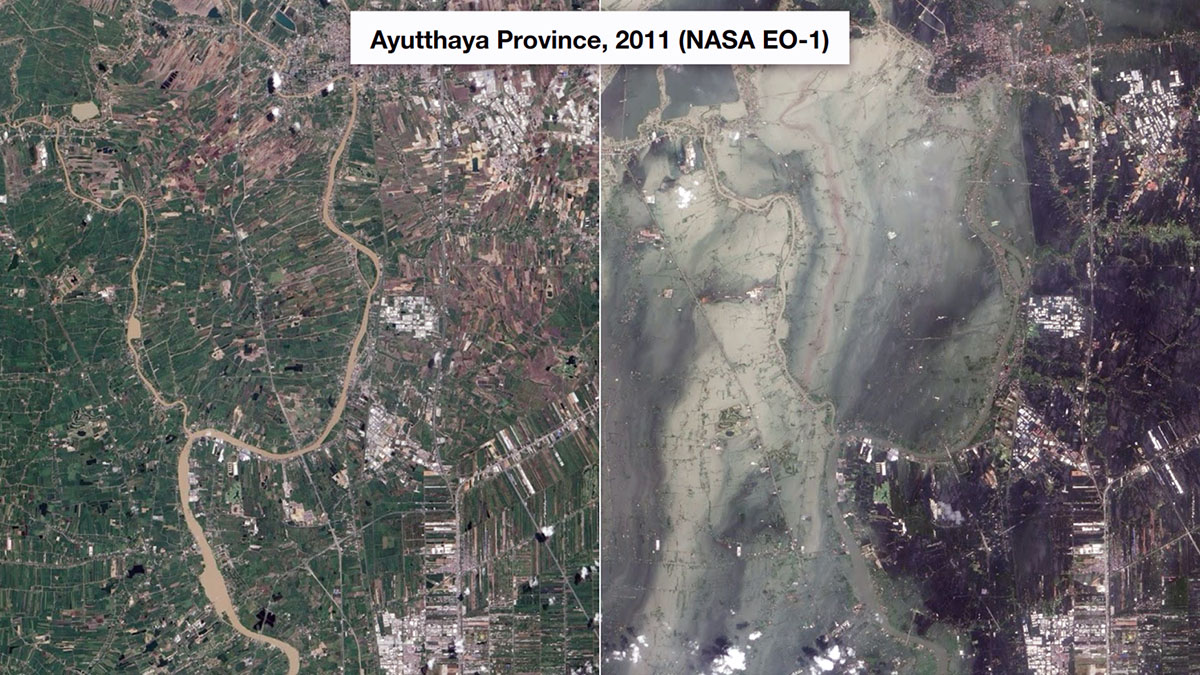 Researchers at the Image Processing Laboratory (IPL) of the University of Valencia, in collaboration with the University of Oxford and the Phi-Lab of the European Space Agency (ESA), have developed a model for flood detection based on neural networks. It’s called WorldFloods and has been launched into space by aerospace company D-Orbit from Cape Canaveral.

In terms of flooding, observing the Earth from space provides valuable information for decision-making on the ground. Large constellations of small nanosatellites – the CubeSats – are a promising solution to reduce revisitation time from day to hour – as long as it takes a sensor to re-cover a location – in disaster areas. However, data transmission to terrestrial receivers is limited by the power and bandwidth restrictions of the cubes.

The WorldFloods model, developed at the ESD-funded FDL-Europe research incubator, aims to accelerate the response to such episodes by providing near-real-time terrain maps and reducing, in addition, the cost of technology. Therefore, the system implements advanced Artificial Intelligence algorithms that allow information to be processed on board. “On-board processing offers a solution to reduce the amount of data to be transmitted by reducing large images from sensors to smaller data products”, says Gonzalo Mateo (IPL), first author of the article recently published in the journal Scientific Reports – Nature’s open access –, in which the details of the work are covered.

On June 30, WorldFloods was launched from Cape Canaveral into space aboard the Space X rocket Falcon 9 by the company D-Orbit, which has launched 6 microsatellites –CubeSats– of different companies. Among these is Nebula, the 1 kg mass satellite that hosts WorldFloods and is the first iteration of an in-orbit processing service with radiation-tolerant chips, in which Artificial Intelligence advanced algorithms can be implemented.