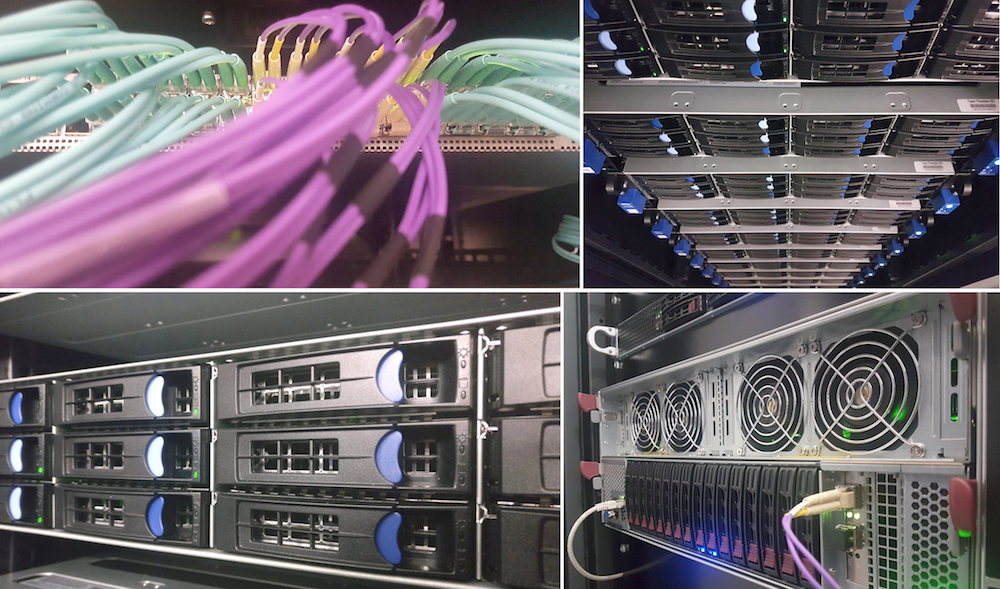 The Corpuscular Physics Institute (IFIC) opens its computing infrastructure for Artificial Intelligence –Artemisa– to research groups from Spanish universities and public research organisations. Until June 24, proposals can be sent to use the infrastructure to carry out projects that require powerful calculation tools. Artemisa has great potential to conduct multiple studies on the SARS-CoV-2 coronavirus and COVID-19.

It is the first time that the IFIC – mixed centre of the University of Valencia and the Spanish National research Council (CSIC) – opens this unique infrastructure financed by the European Union and the Valencian Government within the ERDF Operational Program of the Valencian Community 2014-2020 for the acquisition of R + D + i infrastructure and equipment.

Artemisa (ARTificial Environment for ML and Innovation in Scientific Advanced Computing) takes advantage of the experience and capabilities of its calculation centre, which houses one of the nodes dedicated to the computer network (Grid) of the data obtained by the ATLAS experiment of the Large Collider Hadron (LHC) from CERN, the world’s largest particle accelerator. At the end of 2018, the University of Valencia began the process of acquiring the necessary machines for Artemisa, with a total funding of one million euros from European FEDER funds and from the Ministry of Education, Research, Culture and Sport.

This high-performance calculation system has 23 servers that host NVIDIA GPU Volta V100 processors, especially suitable for performing the most advanced calculations in Artificial Intelligence, such as those developed in Machine Learning (one of the most widely used techniques) and in Big Data Analytics (set of techniques to deal with large amounts of information). Artemisa also has a last generation data storage system.

Artificial Intelligence is revolutionising society and the world of research. In particle physics it is used to streamline and improve searches for ‘new physics’ between the vast amount of data produced at the LHC and other major experiments in astroparticle physics and cosmology. These techniques are also applied in Medical Physics, where Artificial Intelligence helps diagnose various diseases using algorithms that help identify injuries or tumours.

This is one of the applications that are being developed in the fight against COVID-19. At IFIC there are several projects that use Artificial Intelligence techniques to contribute to the early detection of the effects of the new coronavirus in patient radiographs, in order to improve diagnosis and optimise medical resources. This new IFIC computing infrastructure offers a powerful tool to the Spanish research community to carry out studies on COVID-19.

Groups wishing to use Artemisa must request it on its website:

Applications will be evaluated by a committee that will take into account the scientific interest of the proposals, the history of the proposing group, the adequacy of the calculations to the use of Artemisa’s resources, in particular the use of Artificial Intelligence, and the availability of infrastructure, in addition to the social impact of the research. The application period is open until June 24, 2020.